A new release is coming

Once again it's been a long time since our last update. The team has switched gears and now we are in a sprint to finish a new release of Bokken. As you probably know, Bokken is the RCE utility that we use in Inguma, and we have been very busy adding tons of features and polishing the interface.
If Bokken 1.0 had 39 commits, for the new release we are near 200, so expect lots of changes, bug fixes and improvements. Let's view some of the major ones.
The first thing you will notice is that the GUI has changed dramatically, not just to be adapted to the new features but we also have made many changes in order to make it clearer, more intuitive and easier to use. But a picture is worth a thousand words: 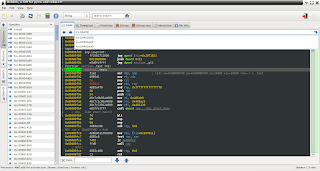 "Coming soon", "WIP" or "for the next release" are expressions that the Inguma team doesn't like, so another major feature of Bokken 1.5 has been to remove the "soon" regarding the radare backend! And yes, we made it.
Now Bokken can be used with all the power of radare and the ease of use of our GUI. Take a look at the radare website to learn about the features of this powerful backend. 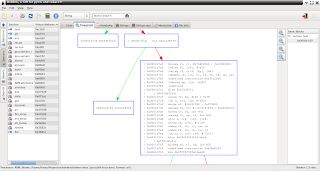 Also almost all the views/tabs of Bokken have received some amount of love and have new features or improvements like:
And that's all for now. Complete and detailed information of all the new features will be shown in the upcoming release post.
Don't forget to follow us on the project's twitter and send your ideas and comments to our mailing list:
bokken-devel (at) inguma.eu
Stay tuned.
Posted by Ender at 20:27 2 comments: